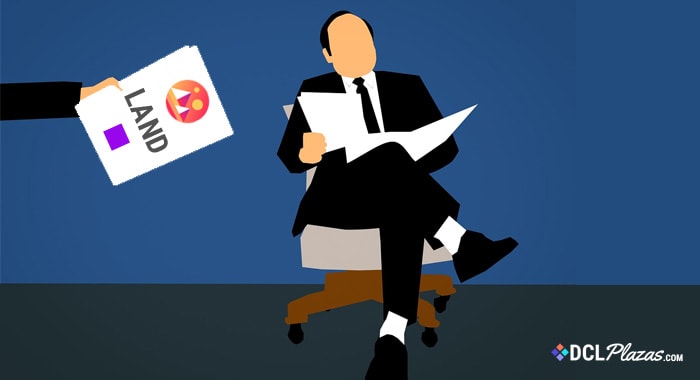 Decentraland Districts – LAND Transfers Complete. So, What Next?

Decentraland districts will be the backbone of the Metaverse by providing a vast range of themed areas within Genesis City. Their ability to provide a haven for communities of all shapes and sizes to form and gather will be invaluable to the progress of Decentraland.

From gambling, to amusement parks, art and anarchism, they cover the whole spectrum of exciting experiences and communities, open for everybody to enjoy.

> Find out more about Decentraland districts

Now, after what appears to have been an unanticipated, long and complex process, DCL Plazas is pleased to announce that the vast majority of district leaders have officially been transferred ownership of their LAND from the Decentraland company. Understandably, most district leadership teams have been waiting patiently for this transfer before starting to invest in building and infrastructure.

What next for Decentraland districts?

It has been almost 18 months since district leaders submitted their initial proposals. Now the time has finally come to make their visions become a VR reality.

How are districts operated and run?

Each district has its own way of running things. To give an idea, some districts offer LAND for their contributors to build on freely, whilst others opted to offer a % of profits made by the district in the future.

They are all run by either an individual district leader, or a team of leaders, usually depending on the size of the district.

Smaller districts are often run by a single leader, and in most cases have had an easier job in organizing and putting the building blocks in place, as they have had less contributors to satisfy, and legal hoops to jump through.

For some of the larger districts, it hasn’t always been so plain sailing. Some challenges they have faced have been managing large pools of contributor expectations, as well as legal complexities and compliance. The latter has resulted in some districts forming official LTD companies and corporations. Vegas City has gone one step further by securing investment from the DCG owned Metaverse Ventures fund.

On a positive note, districts of all sizes now seem to have their house in order, and those who choose to share updates with their community appear to be positively pushing ahead and making progress with their projects.

On the whole, district leaders are friendly, approachable and talented in their respected niche. If you want to contact any of the district leadership teams, you can do so via their dedicated channel in Discord. It is worth noting that the Chinese themed districts (Dragon Kingdom, Dragon City and China City) leaders can be found on WeChat where they run their communities, made up of thousands of members throughout Asia.

Do they have a solid plans in place?

It appears that all districts have a very clear strategy, and idea of what they want to achieve within Decentraland.

However, from a marketing perspective, most districts are still absent outside of Discord, with very little presence on social media and other channels. This will likely slow their progress outside of their contributor circles, and is something which should be addressed sooner rather than later. You can build the best e.g. roller coaster in the world, but if nobody knows about it, then you’re going to be riding solo.

Will they be ready before the official Decentraland launch?

It looks like many will be ready, at the very least with an MVP, come launch day. For others, due to little or no communication with contributors, unfortunately it is impossible to know.

Which districts are leading from the front?

From a building perspective, some of the smaller districts such as the Design Quarter and VARC have been making good progress from very early on. Other, mid-sized districts such as Sci-Art Lab and the Conference Center (which recently released a great sandbox video, see below) are also progressing well. There are also many other projects taking big strides and will likely be ready (at least with an MVP) before launch such as Aetheria, Bittrex Tomorrow and Fashion Street.

Which districts have fallen behind?

After dissolving 17 districts (which failed to reach the minimum requirements set by Decentraland) the remaining 39 districts now have the green light to invest in building out their respective zones.

It goes without saying that some of the larger districts have a HUGE task ahead. To give an example, Aetheria is the biggest district in Decentraland and is made up of 8,008 LAND parcels, each 16m x 16m. If you decide to do the maths, that = a humongous amount of space to cover. Luckily, Aetheria has a solid leadership team and one of the most dedicated communities which is full of talented developers and other skills. Below is an example of the museum currently being built there by the design studio Polygonal Mind.

Hey guys, this January we've been working on a cyberpunk looking museum for @decentraland
Our in-house artist @Lauretta_38 has written a blog post showing our development process, hope you find it useful!https://t.co/CKplN1DXfR#lowpoly #decentralized #gamedev #cyberpunk pic.twitter.com/ST0djUojpJ

To create a successful district, it isn’t just about building. The project should be inclusive of those that supported the district in the first place. Most districts have a wealth of talent who contributed and care deeply about their district project, but currently this is a deeply under-utilised pool of talent. The skills a district needs might be just at the end of your fingertips, but if you don’t communicate, you’ll never know.

All being said, the future looks bright for Decentralands districts, and we look forward to seeing more communication with contributors, and more designs being released in the coming weeks. 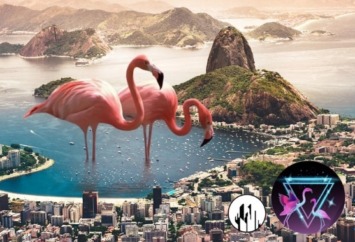 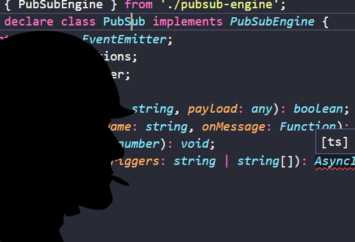 The Rising Army of New Decentraland Developers Training From Within