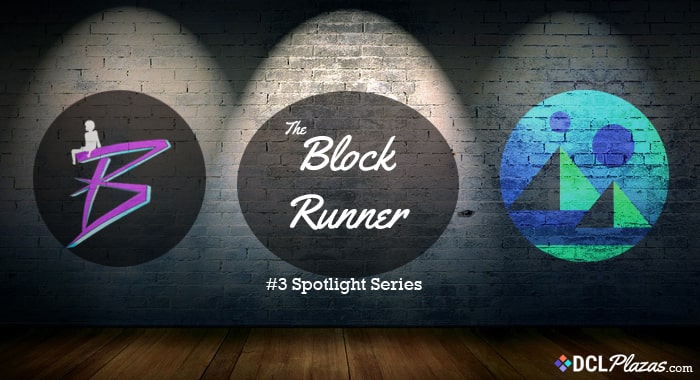 In Episode 3 of the Decentraland Spotlight series is a cool Texan trio who have many strings to their bow. As well as regularly discussing Decentraland on their crypto podcast (you should definitely check it out here) they have also created Decentraland’s first App Store which opens up a whole new level of passive income potential for LAND owners. Read more below…

Name of Project: The Block Runner

Snapshot: The Block Runner started as a crypto podcast and evolved into 4 minigames designed to help landowners make passive income on their land. Each minigame we’ve developed allows for players to compete with each other to win a daily and monthly pot prize. At the end of each month, we’ll draw 10 lucky players to compete last man standing style for the monthly prize.  All of this is managed through an app we created called MetaZone.io where landowners can deploy any of our games or anything developed and submitted by the community to make passive income in a few clicks.

Satoshi or Vitalik? Satoshi all the way

LAND or MANA? LAND because you can earn passive income

How did you find out about Decentraland?

Block Runner: We discovered Decentraland on Episode 10 of our podcast (01:01:30). We were searching different NFTs on opensea and we saw the different Land for sale. That’s when we decided to look into it and soon after we interviewed Matty from DCLblogger to get more details. We’ve been hooked ever since.

What first attracted you to Decentraland?

Block Runner: The ability to own land with the ability to create anything that you want. Once I got Oscar aka “Corv” involved, he immediately jumped in and started creating using the SDK soon after our interview with Matty.

What do you consider to be the biggest selling points for Decentraland?

Block Runner: The biggest selling point is viewing DCL as a 3D version of the internet where you can build anything you want. Our challenge is to create something that is sustainable and we’re starting with our 4 minigames.

What is The Block Runner?

Block Runner: Our first game was an optimization of land space with maximum earning potential. The goal is to jump over oncoming blocks to reach the highest in the leader board. If you reached the top, the player would win the pot. The landowner benefited as well by sharing in the revenue.

Why did you start The Block Runner?

Block Runner: We started this game because William happened to have a brother who started his development career with games. Oscar aka “Corv” built a game for the Android marketplace that received over a million downloads as he was learning to program. The enthusiasm between William and Iman for Decentraland rubbed off and Corv jumped in and starting collaborating in ways to maximize earning potential and Block Runner minigame was born.

What are you currently working on?

Block Runner: We released another game for the game jam that operated with the same mechanics as the Block Runner, but this time you take the point of view of Pacman where you try to collect as many orbs as you can without getting caught by the ghost. The same earning potential exists where the leader wins the pot, which gave us another minigame called PacRunner for any landowner to deploy themselves. We have 2 more additional games in progress ready for the launch of Decentraland with the same pot mechanics as our other 2 games. Be on the lookout for Block Hole and Orb Jumper for the launch.

What goals do you have for The Block Runner?

Block Runner: Our goal is to provide landowners a way to monetize their land without having to buy and flip land. We feel there is a lot of value in land where the owner can build something that encourages players to return. That’s why we also built MetaZone.io to help developers sell their creations to landowners, and for landowners to make a passive income by deploying minigames that earn them passive income.

What exciting things should we look out for from you in the coming months?

Block Runner: We’re actively searching for a sponsor to contribute to the pot winnings via the interest from Compound.finance. What we want to do is advertise the sponsor on all our games (which are owned by different landowners and deployed in many locations), the sponsor contributes their desired amount into a compound finance smart contract and the interest is then used for the daily and monthly pot winnings. Once the sponsorship period is over, the sponsor will receive their principal back in a no-loss sponsorship! Very much like the PoolToogether game but for games and tournaments held within the Decentraland metaverse.

Where do you hope to see The Block Runner in 2 years time?

Block Runner: We hope to have a deep collaboration with sponsors to help us support our games, players, and creators so that we continue improving this decentralized metaverse. Through MetaZone.io, we hope to create a place where players, landowners and creators join to facilitate an ecosystem that will make creating things in Decentraland sustainable for all parties involve. 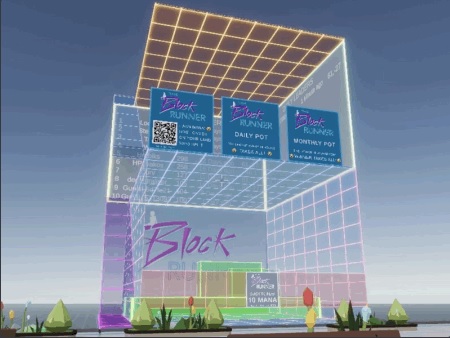 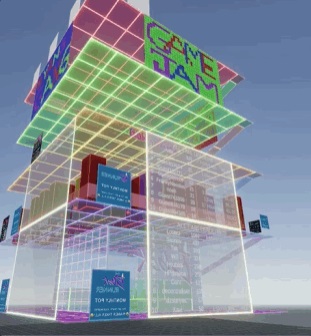 Will Decentraland become the lively metaverse we are all hoping for?

Block Runner: It will certainly become the metaverse we want it to be so long as we build sustainable creations that help get the developer paid, make the landowner a passive income, and at the same time create an incentive for players to return. If we build creations that align everyone in the ecosystem, we’re going to see things we can not imagine.

DCL Plazas would like to give a big shout-out to The Block Runner team, keep up the great work on MetaZone and the podcasts, and thanks for your time in helping us create this article.

To ensure you don’t miss any of this exciting new Spotlight series, as well as all future news updates, please consider:

Thank you for your support, and see you in Decentraland!