Decentraland in Pursuit of a Winning Game Title – Will it Happen in 2020?

It is widely believed that in order for Decentraland to increase the number of daily active users, and eventually achieve mass adoption, it first needs a winning game title built on the platform.

Finding a winning game formula that leaves players salivating for more is much easier said than done. A good way to start is by looking at a range of previously successful games, both old and new, and provide easy ways for developers to incorporate these mechanics whilst at the same time putting their own creative spin and graphics into the mix.

As such, over recent weeks we have seen a flurry of game mechanics being demonstrated by the Decentraland team. Each has the aim of providing inspiration to developers taking part in Game Jam 2020, which runs from 1st-8th September.

@takthegreat in our awesome repo .

Coin Pick Up… perfect for platform games and airdrops, making it easier for you to build the next generation of Decentraland games.https://t.co/UcCKH64gWj pic.twitter.com/9kwfK9Uysv

The third and final part of the Servers Deep Dive series by Nico E is out now.
In this instalment, learn how to use WebSockets to enable powerful real-time multiplayer interactions in Decentraland!
Read more on the blog – https://t.co/PuANC8yJ4I pic.twitter.com/Svd4sOkIAx

NEW platformer mechanics for you to implement into your Game Jam scenes (Sign up now for Sept 1!), essential for multiplayer game creation. First up are rotating platforms.

Fall Guys Gameplay below. Can you see any similarities?…

The Metazone team has already touched on this concept with their addictive Block Hole game. It would be great to see more of developers following suit.

4. Target Mechanics (Used in many standard RPG’s such as Call of Duty and increasingly in VR games)

With Game Jam just around the corner (Sept 1-8) development is getting serious. Check out this advanced shooting range https://t.co/udfup8kYEO,
then sign up for Game Jam here: https://t.co/vF8fPH3M3k pic.twitter.com/eRTqF69JOI

5. Portal Mechanics (Used in games such as The Stanley Parable as well as many other puzzle style games)

NEW: Portal mechanics for you to implement into your Game Jam scenes.

Not all games require AAA graphics to attract the masses. For example, the recent success of Fall Guys, which has very similar graphics to Decentraland, is true testament to this selling 7 million copies in just 2 weeks on Steam alone.

It goes without saying that the recent success of Fall Guys (August 2020) was almost certainly helped by some very clever marketing, low barriers to entry and it being readily available on more familiar platforms such as Steam and Playstation. Nevertheless, even in its current form, there is no reason why a similarly addictive game in Decentraland couldn’t help swell the numbers of daily active users considerably.

If you have been following the progress of Decentraland for any length of time, watching these game mechanics will quickly make you realise just how far things have come in a relatively short period of time. You can see some of the examples from GameJam 2019 here.

Whilst last year’s Game Jam can still be considered a success, ultimately the games failed to attract many more users to revisit or build in Decentraland. This wasn’t because the games weren’t any good, but more that the SDK was much more restrictive than it is today.

Will a comparatively small prize pot of $15k ($250k last year) have been enough to entice developers to attempt to build a winning game in Decetraland? With the final day for the recent Game Jam submissions less than 48 hours away, we will soon find out.

That being said, it will be intriguing to see if any of the developers taking part this time round will have managed to produce something special enough to cause excitement to flow outside of the existing gamer base and start to attract gamers from other more well known platforms and consoles. 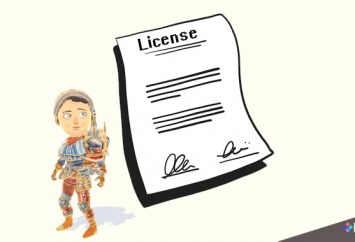 Decentraland Wearables – A Sneak Peak at Some NEW Design Proposals