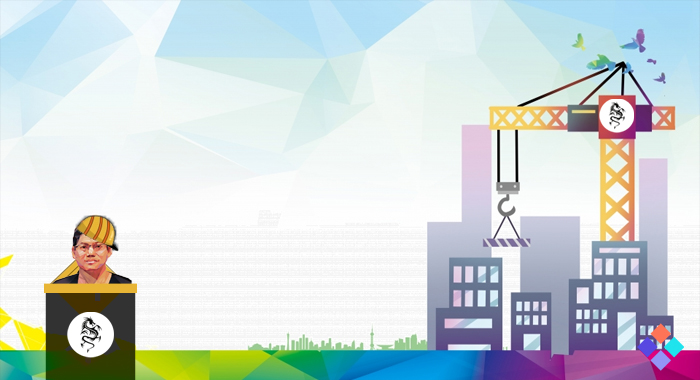 Decentraland districts are a complex, yet vital component to the Decentraland metaverse. For the most part, they are shrouded in mystery, with very little transparency when it comes to documenting progress.

If you don’t know what Decentraland districts are, they are the large community based areas which occupy large areas of the Decentraland map, each with it’s own theme, plan and District Leaders. You can read more about them here.

After becoming the first district to tokenize the ownership of it’s LAND for contributors, it has now been made public that no further progress has been made within the China based Dragon City district, and with launch supposedly only a few months away, this is deeply concerning.

Therefore, democratic and drastic steps have been taken to get Dragon City back on track. A vote on Agora resulted in contributors voting for:

1) A change of leadership (view vote)

There were 2 candidates in the running, each putting forward their own proposals on how they plan to turn the fortunes of the district around.

Roy’s plan highlights the intention to build a magic dragon and Chinese related virtual community starting from the ground up. He goes on to outline plans to “create a new development team, including talented developers and designers”.

You can read more about Roy’s proposal here.

We are sure you will join us in wishing Roy Zhou and his new team the best of luck in his new adventure on the road to creating a thriving district and local economy.

Top Artists ROCK The DCL Plazas Kiosks – Will You Be Next?

Was the Decentraland Launch a Success? YOU Be The Judge of That.