Smart Money is Investing in Decentraland

Smart Money is Investing in Decentraland 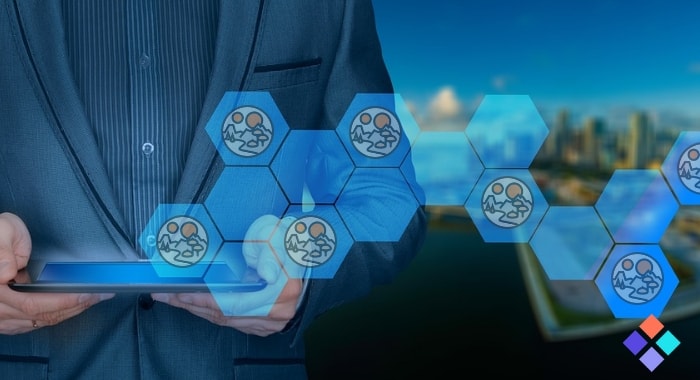 It is no secret that various large investment firms have shown their support for Decentraland by way of large financial and time commitments.

These companies don’t just throw money around. Their research and investigative methods are rigorous and robust in nature, tried and tested, with no stone left unturned when evaluating risk vs reward. It’s hardly surprising considering the high stakes we are talking about.

Taking this into account, as well as the fact that there are a seemingly infinite amount of crypto companies battling for the attention of large scale investment firms, why are they choosing Decentraland?

The Early Bird Catches the Worm

It is not a question of if Virtual Reality (VR) takes off, but more a question of when. Although some may believe that Decentraland is ahead of its time, it could also be argued that actually, now is exactly the right time. We are already starting to see VR kit become more affordable and accessible to the masses, which is the perfect catalyst for an explosion in VR uptake.

VR is a natural step in the evolution of search engines, social media and gaming, and Decentraland easily satisfies all of those appetites. Think Google, Facebook and Sony Playstation, all rolled into one easy to use platform, available in both VR and in your web browser.

As VR evolves and becomes more mainstream, it is very unlikely VR converts will choose to use traditional, less exciting media avenues, to find what they are looking for online or connect with others.

Following a string of data breaches on Facebook, search result manipulation allegations on Google and a lack of willingness from games console manufacturers to put their customers’ user experience before profits (e.g. by allowing cross platform gaming), it is only a matter of time before customers start to look for better alternatives, offering more trustworthy privacy and censorship options. Decentraland is a DAO (Decentralized Autonomous Organization) which will eventually govern itself by allowing Decentraland MANA token holders to vote on important issues.

The Decentraland community is growing quickly. Following constant high profile media attention, we are seeing Decentraland attract more and more users, talented developers, entrepreneurs and dedicated investors, both on an individual level and by companies. Since the launch of the vibrant Decentraland Discord hub, this trend has continued to gather momentum, and shows no sign of slowing down. You can see some early examples of community builds below, both by individuals and gaming companies. Decentraland is taking shape.

Decentraland is a Fun Project

The possibilities which lie ahead for Decentraland are exciting to say the least. It is creating a whole new world, who wouldn’t want to be involved in that? No matter what skills you have in the real world, they can all be applied in Decentraland. As a result, a brand new social-economy will evolve, offering anyone the opportunity to thrive in a world where neither rules nor algorithms will ever be changed in order to fall in line with centralized corporation targets.

If you are looking for a fun and revolutionary project, backed by some of the brightest minds, investing in Decentraland is a no brainer. There has literally never been a better time to get involved. Looking forward to seeing you in the Metaverse!

>> For more information about why you should also consider investing in Decentraland MANA token, click here