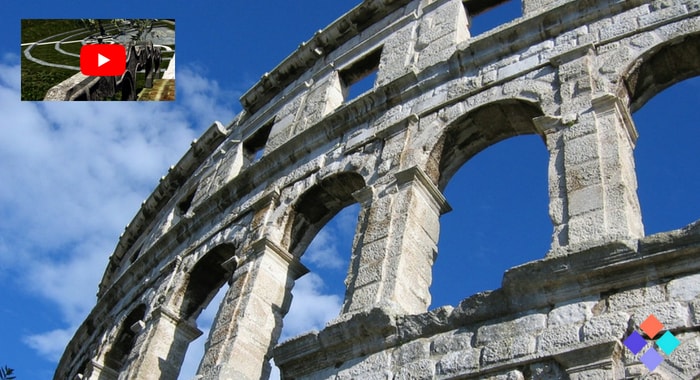 It goes without saying that Decentraland Districts play a fundamental role in determining the success of Decentraland. This is why it is always encouraging to see how each district is progressing with their respective infrastructures, communities and builds.

Judging by the recent design release of their new ‘Roman Amphitheater’ but built in that of an ancient Celtic Design, the Decentraland Conference Center district is advancing faster than an army of charging Legionaries.

The video takes you on a aerial tour of the districts new amphitheater, guiding you on a journey through stoney pathways, over a wooden bridge and past some intricately designed wall carvings and statues.

Such is the attractiveness and lure of the amphitheater we’d even go as far to consider attending a ‘Roger Ver ♥ Bitcoin Cash’ conference there, should it ever happen, but that’s not a promise.

The amphitheater was designed by mikeyDent, who also created the underground Metro which we covered recently and who is fast becoming a leader in 3D models, which are compatible with Decentraland.  You can contact CyberMike in Discord if you have a project you wish to discuss.

Education in DCL: How the Clas..

What is a Plasma side chain?